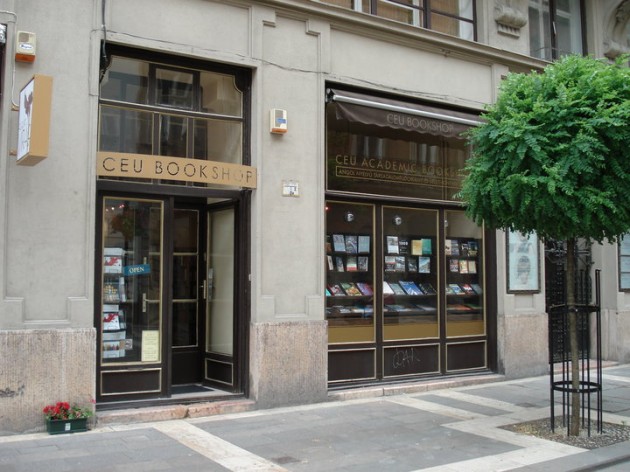 On my last day in Budapest, I bought a book from the University Bookshop: Daniel A. Bell. Beyond Liberal Democracy. Princeton University Press Princeton and Oxford, 2006. Most books are nowadays also available as e-books, but I wanted to read something on my travel back to Estonia, and strangely the CEU bookshop cannot be characterized as offering a good choice of EU law or international law books any more (having been famous for its choice of books in the earlier years, I suspect that this bookshop has also moved to the internet).

The reason why I bought the book was Chapter 3 in it: “Human Rights and “Values in Asia”: Reflections on East-West Dialogues”, which Chapter discusses the values in Asia (mainly Japan, Korea, and China) vs. Western liberalism, asks for the moral differences and their justification, and for the cross-cultural dialogues on human rights. On the one hand, the question, whether and how “Asian rights” should have place in the Western World, for example, in such international institutions as the United Nations, is justified. The UDHR, for example, was composed outside of East-Asian influence.  On the other hand, the concept “Asian rights” touches different religions, such as Islam, Hinduism, Buddhism, Confucianism, Taoism, Judaism, but also Christianity, and consequently the author argues that there are no distinctly Asian values as such. The author also demonstrates how the constitutional provisions of different Asian states differ. Against such background, the quest of universality seems specifically complicated, because certain rights may conflict, and consequently, the states have sacrificed some rights.

Chapter 5 of the book poses the question, „What’s wrong with active citizenship?“ The Chapter begins with Immanuel Kant’s words: ”the problem of setting up a state can be solved even by a nation of devils”.  Bell comments that just institutions neutralize or eliminate individuals’ “self-seeking inclinations”, but he also demonstrates the insufficiency of democratic institutions, because people can circumvent civic responsibilities evading taxes, refraining from voting, deserving from the battlefield, etc. that does not enable even the most beautifully designed democratic institutions exist long, or produce desirable results. Bell connects such circumvention with narrow self-interest of people, offering democratic education (that he sees as motivating the ability to participate) as a solution.  Connectedly, Bell supports also physical education as enhancing participation. (The idea supported in, for example, ancient Greece (that Bell enjoyably compares with ancient China), and consequently by the Christian Church (The Holy Sacrament as both spiritual communion and physical participation). I am also impressed by the 1 Corinth 3, 16 that inspired the first Estonian professional composer and organist Rudolf Tobias: “Wisset ihr nicht, daß ihr Gottes Tempel seid und der Geist Gottes in euch wohnt?“)