From 24 to 25 March 2011 was held the spring European Council. Again – as it is already the last day of March today, I feel somehow obliged to make for at least myself some conclusions about that European Council.  The European Council began with expression of condolences for the loss of life in Japan.  Concerning […] 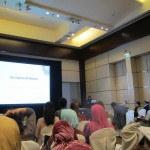 From 20 to 22 March 2011 the first Global Islamic Marketing Conference organized by the UAE University and academic Emerald Publishing is taking place. The aim of the conference is to explore the key areas in the field of Islamic marketing and Islamic business in general. For scholars, researchers and students, the GIMC offers a […]

It has frequently been asked by (international) lawyers and experts in other areas whether the world faces a new form and its occurrences of supreme power.    Reading / hearing the recent news about the earthquake in Japan, I couldn’t escape posing the premises that the world is ruled by Who can calculate; the seismic processes are […]

Since 9 December 2010 Estonia has been the 34th member country of the OECD. 30 September 1961 is considered the official birthday of the OECD – this day the OECD Convention entered into force. The OECD was preceded by the OEEC that was established in 1947 with the aim to run the US-financed Marshall Plan […]

I was thinking about Estonia’s independence today, because it is Estonian Independence Day today. I was thinking – what if one day, say, the EU for some reason agrees with the US upon the change of the Estonian governing regime to, say, modernize the fishing techniques so that everyone could benefit, and because the […]

Who is interested in unrest in the Middle-East and North-Africa? 1 May 2011 3.05 Ynetnews: A NATO airstrike on Saturday night killed Al Gathafi’s youngest son Saif al-Arab and three of his grandchildren. Mussa Ibrahim said Saif al-Arab was a civilian and a student who had studied in Germany. He was 29 years old.  Earlier posting (22 February […]

Established in 1999 as response to the financial crises as the primary forum for economic coordination, G20 is meeting on the 18th and 19th of February 2011 in Paris, under the French presidency.  South Africa, Germany, Saudi Arabia, Argentina, Australia, Brazil, Canada, China, South Korea, the United States, France, India, Indonesia, Italy, Japan, Mexico, the United Kingdom, Russia, […]

I recently posted an article to the thematic elections blog of the Institute of Political Science and Governance of the Tallinn University in an Estonian leading newspaper “Postimees”. I have posted here the translated version of this posting: Thomas Ferguson’s Investment Theory of Politics and the Europarties According to Thomas Ferguson’s investment theory of party competition […]

Commissioner for Economic and Monetary Affairs, Olli Rehn, stated in his speech responding Daniel Hamilton’s report “Europe 2020: Competitive or Complacent?” about Europe’s place and standing in the global economy and formidable challenges Europe is facing: “I’m confident that 2011 can be made the year of reform and revival”. Referring to Europe 2020 priorities, Olli Rehn lists […]